Prior to joining the Director’s Office Mr. de Villiers was a Public Affairs Officer responsible for promoting cargo and cruise business opportunities as well as community outreach. Mr. de Villiers held a similar role at the Business Initiatives Division, and a supervisory position with the Cruise Operations at the Port of Miami where he administered the cruise terminal and parking facilities. He also served as the manager for the Housekeeping division responsible for cleanliness and maintenance of all Port properties.

Mr. de Villiers began his career in the Maritime Industry 1987 working for Royal Caribbean Cruise Lines’ landside operations. Among several assignments there he served as Manager of South Florida Operations. He was responsible for cruise passenger traffic for Royal Caribbean at the Port of Miami, Port Everglades, Miami International and Ft. Lauderdale Hollywood International Airports.

A native of Miami Mr. de Villiers is a graduate of the University of Miami with a degree in Political Science. 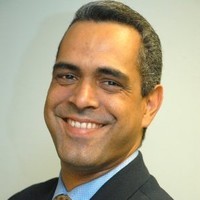