Full Name
Carolyn Greco
Job Title
Bella Teq - Co-Founder; LA Galaxy - National Champion of the UWS
Speaker Bio
My name is Carolyn Greco. I grew up in Fullerton, California playing soccer for my local club, the Fullerton Rangers from 2000-2011. I grew up idolizing the women’s national team in the 1990s, and was so inspired that soon after the 1999 games I signed up for soccer. My family, particularly my dad, is a traditional, Italian Catholic one, and I was supposed to have a normal job/life. However, I was granted with one soccer opportunity that led to another, and now I am in a place to be the Co-Founder of Bella Teq, the first all women’s teqball club in the world. I feel honored to be a pioneer for the emerging sport of teqball in the United States, as the highest ranked woman in teqball across the entire nation for the last year.
Prior to teqball, I have collected a handful of championships and accolades along the way. I was the National Champion of the UWS with the LA Galaxy in 2019. This was a relatively short season, but it was a memorable one. This team had an amazing line up of professional soccer players from all over the world (Japan, Brazil, Mexico, Australia), and even former Olympic medalists.
2017-2018 I played for FC Lugano, a top division pro soccer team in Switzerland, playing in a historic season where for the first time in club history, we advanced to the Swiss Cup Championship where we narrowly lost to the 9 time champions FC Zurich (this one still stings).
2016 I was playing in the WPSL which is semiprofessional soccer league in the US. Here I played with the California Storm which has women’s soccer legends including Brandi Chastain, Sisi De Amo, among countless other soccer superstars. The California Storm were the regional champions this year too. In 2015, I played in my senior college soccer season at Sonoma State University, where I was an recognized as an All-American and we were the conference champions for the first time in school history.
Playing professional sports has had an enormous impact on my life. It has its difficult moments, and it hasn’t always been glamorous. But I did it for the love of the game and have been fortunate enough to be able to rise throughout my career in soccer and teqball. My motivation is always to become a better player and improve my game. This mindset will help me reach my peak performance by the 2028 Olympics when we hope to ultimately see teqball as an Olympic medal sport. At this time, my goal is to represent the USA and become an Olympic medalist one day 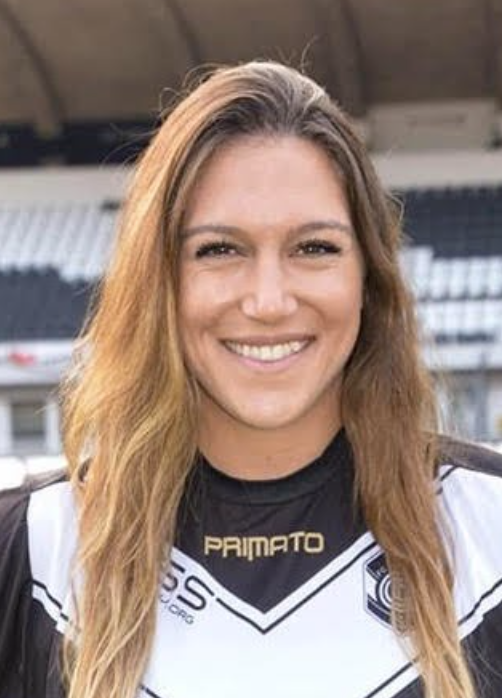